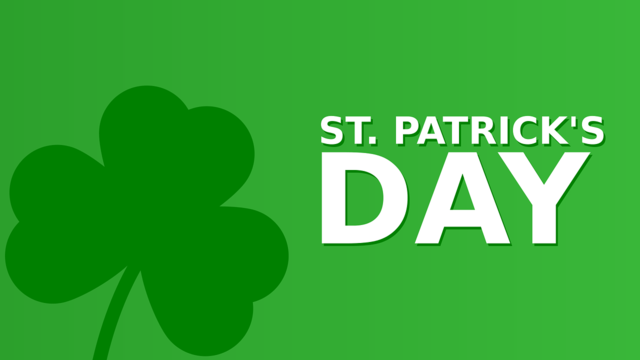 Saint Patrick’s Day, or the Feast of Saint Patrick (Irish: Lá Fhéile Pádraig), is a cultural and religious celebration held on 17 March, the traditional death date of Saint Patrick who ministered Christianity in Ireland during the fifth century.

Saint Patrick’s Day is a public holiday in the Republic of Ireland, Northern Ireland, the Canadian province of Newfoundland and Labrador (for provincial government employees), and the British Overseas Territory of Montserrat. It is also widely celebrated by Irish around the world, especially in the United Kingdom, Canada, United States, Brazil, Argentina, Australia, and New Zealand. Saint Patrick’s Day is celebrated in more countries than any other national festival.